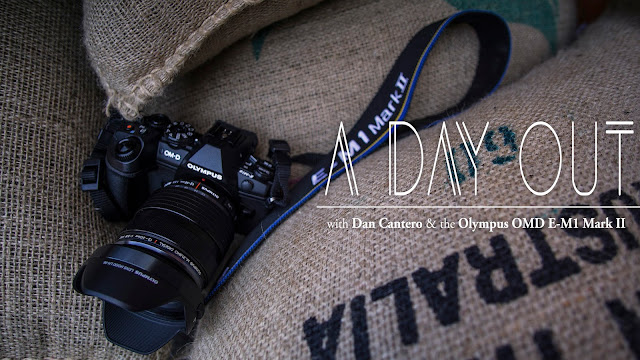 Recently, we had the amazing opportunity to spend time catching up with photographer and DCW customer Dan Cantero in his natural habitat; the beach-side Sydney suburb of Manly.
For our Day Out, we all decided to go for an un-romantic walk along the beach to play with the Olympus OMD E-M1 Mark II camera. Of course, we recorded the whole thing , as Dan gave us some excellent professional insight about how this camera performs.

Dan’s always had a passion for photography; that much was obvious from the look on his face when we asked him how he first got started. As a youngster, and perhaps like many of us, he was amazed by the concept of photography, recalling childhood memories of looking through old shoeboxes full of photos and marvelling at the idea of a little machine that could freeze moments in time for him to hold in his hands and look at whenever he wanted.
Whether he knew it back then or not, that curiosity and wonder would become the driving force to turn passion into profession. 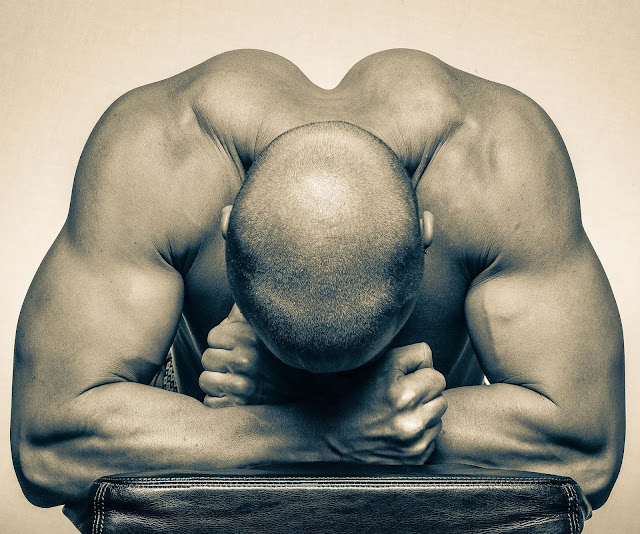 One of Dan’s favourite pieces, affectionately dubbed “The Muscle Man” See Dan at work on his Facebook page
Dan’s been working as a professional photographer for 4 years now, building two successful businesses in that time: Capture Photography, whose main focus is family portraits and photos, and Dan Cantero Photography which is more commercially oriented.  Having rapidly established himself as an industry professional, Dan is quickly moving towards photography becoming his full-time occupation.
Both of his businesses offer photo and video services which, in today’s video-saturated society, is becoming more and more in-demand.  “That’s where we see a lot of the business going.”  He mentioned, as we picked his brain for advice. 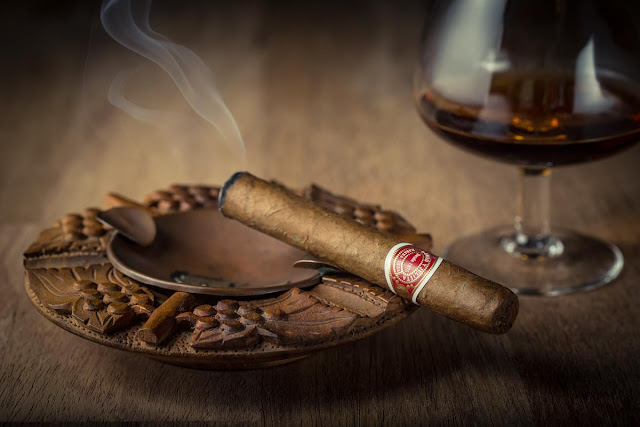 One of Dan’s lifestyle product shots that shows off his eye for composition and lighting. Check out his Instagram
Over the past year, he’s had more interest and requests for video work and has added this sought after service to his expanding list of offerings. “I think it’s just going to get bigger so we’ve introduced that into our business to complement what we already do.”  He goes on to note that photographers already possess the skills and state of mind needed to make the jump to video relatively quickly. It just takes a little bit of time and the right gear. 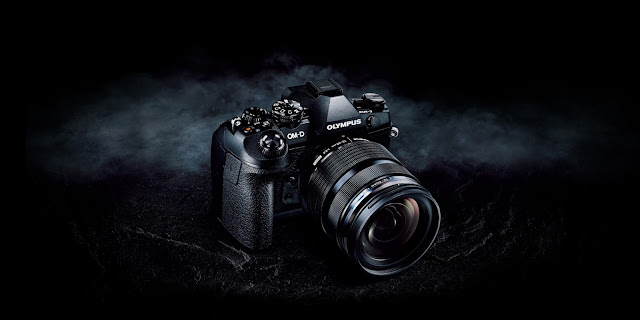 Behold, the big gun, the hot topic, the Olympus OMD E-M1 Mark II in all its flagship glory.

Enter the Olympus OMD E-M1 Mark II. It’s the latest and greatest flagship model from Olympus, complete with 4K video recording, 5-axis stabilisation, a 20.4 megapixel sensor, and more, all wrapped up in a compact, weather-sealed body. It’s a professional level powerhouse without all the added heft.
Luckily, we happened to know a small bit of Dan Cantero trivia prior to all this: He’s never without his trusty Olympus E-M5. You can tell it’s been across the globe just by looking at its well-worn and well-loved little body. It’s also proven itself to be the perfect travel companion and a reliable alternative to hauling his bulky DSLR kit around.
Knowing all of this, we were eager to get Dan’s professional opinion on the top-end Olympus to see how it compared to his E-M5, but more importantly, how it measured up to his Pro DSLR gear. 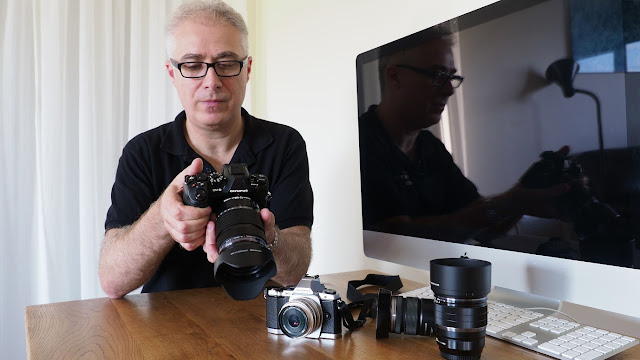 Here’s Dan finally getting a feel for the Olympus E-M1 Mark II ergonomics.
Being familiar with Olympus cameras certainly helped things along, but right from the start, Dan was impressed by the updated, upgraded, and completely new features on offer.
We gave him a 12-40mm f/2.8 PRO, (equivalent to a 24-70mm workhorse), as well as the 12-100mm f/4 PRO lens so he could experiment with Olympus’s new Sync IS feature, which combines body and lens image stabilisation for ultra-steady results.
As the afternoon wore on, it became clear that this mirrorless dynamo was passing a lot of little tests for Dan. So much so, that we actually became worried we wouldn’t be able to pry it out of his hands at the end of the shoot. 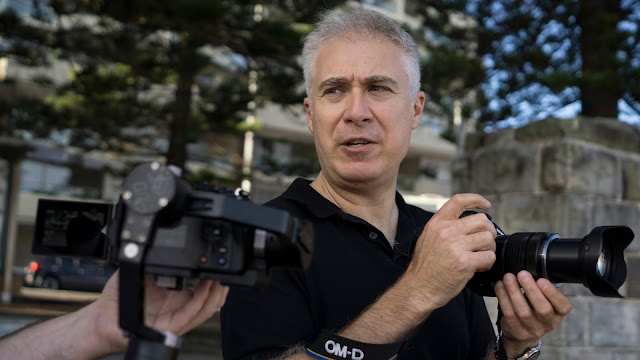 Seeing Double? While Dan was getting to know the E-M1 Mark II, we were filming the encounter with one of our own.
For professionals, it goes without saying that your gear is a huge investment, so you want to makes sure it’s a good one. As Dan mentioned throughout the day, this camera is a solid performer and a handsome one too.
It’s often pointed out that appearance matters “I think it just looks the part. If you turned up to a commercial shoot with this, no one’s going to ask any questions. It just looks like a professional camera body as well and is extremely capable of getting really, really good images.”
While it might seem like an odd complaint, the small, often minimalist and/or old-school designs of mirrorless cameras can make people feel wary of their capabilities. In the past, Dan’s been reluctant to make the switch from DSLRs for his client shoots due to these kinds of impressions. But that’s already starting to change. 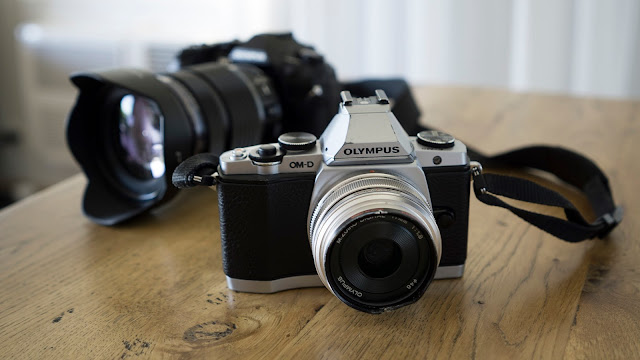 Dan’s well-loved Olympus E-M5 poses for a quick snap in front of its bigger, newer, shinier brother.
For Dan Cantero, this camera ticks all the boxes for professional use; it’s solid and feels great in hand with a bigger, ergonomic grip.  It features much desired dual memory card slots, 4K recording, in-body stabilisation, and a high-capacity battery to keep it going for hours. It also offers a selection of customisable buttons and settings to reduce the amount of time spent lurking around in the menu. And that’s only the tip of the iceberg.
It’s these kinds of little considerations that really bring to light the attention to detail that went into designing the Olympus E-M1 Mark II, creating a truly premium product. With all the right framework for aspiring and seasoned professionals alike, plus a compact form factor that fits all kinds of lifestyles, the E-M1 is quickly becoming a favourite among shooters.
All in all, we were incredibly happy to give Dan the opportunity to put the Olympus OMD E-M1 Mark II through its paces. We loved getting first-hand insight on how this camera handled itself in the hands of a pro with high standards. Spoiler alert; it definitely stacks up.
Dan Cantero is an accredited professional photographer and long standing DCW customer.
See more of his work.