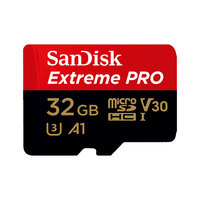 The DJI Phantom 4 Pro+ sets the bar even higher for aerial imagery, with a 20-Megapixel 1-Inch CMOS image sensor that shoots Adobe DNG RAW images along with Cinema and UHD 4K Video. Additional vision and infrared sensors allow to the Phantom 4 PRO+ detects obstacles in 5 directions making it safer than ever to fly. The aircraft can enhance your cinematic opportunities by incorporating brand new and improved flight modes to help you capture superior aerial footage and photos.

As well as a combination of GPS and GLONASS satellite systems that deliver pin point positioning while outdoors, the Phantom 4 Pro+ now has a brand new set of stereo vision sensors bringing the total number of vision sensors in the aircraft to 6. The drone is also the first DJI model to feature an infrared sensing system which offers an improved detection range and more accurate navigation.

The new rear facing vision sensors, when combined with the existing vision sensors, provide a complex active obstacle avoidance system that allow the drone to automatically fly around objects in its flight path. With a left and right facing infrared sensing system the drone is able to detect objects like other aircrafts or obstacles from 5 different directions making the Phantom 4 Pro+ even safer to fly, even when controlled by first time pilots.

The imaging ability is significantly improved on the DJI Phantom 4 Pro+ with an almost four times bigger 20 Megapixel 1-inch CMOS Sensor that offers a much wider dynamic range and dramatically lower signal-to-noise ratio. The ISO range of the camera has also been boosted with a maximum 12800 so even if you’re flying as the sun is setting you can still grab the shots you need.

In addition to a larger sensor the DJI Phantom 4 Pro+ also features a bright f/2.8 lens consisting of 8 lens elements, two of which are aspherical, arranged in 7 groups that allow you to shoot pin sharp images from the sky. The camera can capture high resolution 20-megapixel images in either JPG or Adobe’s DNG RAW format giving you a huge amount of flexibility when editing your images so you get make sure the most out of the image files.

Designed to help capture quick motion and fast moving subject like animals or sports the Phantom 4 Pro+ boasts a new burst photo mode capable of shooting 14 frames per second. This helps you to capture a selection of full resolution images from the air so that you can pick the perfect moment.

Able to shoot at a frame rate twice as fast as before the 4 Pro+ films in both Cinema 4K as well as UHD 4K so no matter what your final format is you have the flexibility to capture it all. The fast frame rate means you can capture slow motion footage even at the ultra-high resolution of 4K to provide even more editing options during post production.

Not content with providing incredibly sharp 4K video resolution DJI have utilised more powerful video processors to support a range of different compression codecs like H.264 and H.265. In addition, the processors also support the capture of higher video bitrate with the drone able to record 4K H.264 at 60 fps and 4K H.265 footage at 30fps both at a bit rate of 100 Mbps giving you more image detail and data for advanced post production.

The DJI Phantom 4 Pro+ uses the popular Lightbridge transmission system to communicate with the drone from the ground with one vital difference, rather than using a 2.4Ghz Wireless signal the new model has the ability to choose between 2.4Ghz and 5.8Ghz to deliver a more reliable connection that eliminates video lag and interference. Traditionally, video transmissions use 2.4GHz Wi-Fi while the remote control link operates on 5.8GHz to minimise signal loss. But, the new Lightbridge HD video transmission system uses a Time-division multiplexing mechanism to transmit both video feed and remote control signals on the same frequency for maximum reliability.

The Phantom 4 Pro+ includes a built-in High Definition 1080p display that delivers 1000cd/m of brightness, making it around twice as bright as a normal smart device. This brightness makes the vivid colours of the display easily visible even in direct sunlight. The controller is optimised for communication and control of your drone, giving you lighting fast response times and reduced video lag. The controller boasts a 5 hour battery life along with a HDMI port, a Micro-SD card slot, microphone, speaker and a WiFi connection which allows you to share edited footage and images instantly.

The ActiveTrack mode provides 3 new options for tracking including the Profile mode for capturing a dramatic from-the-side horizontal view perfect for capturing long sequences of moving subjects like cars or bikes. Spotlight locks the camera onto a selected subject keeping it in the centre of the frame no matter where you fly the aircraft. Circle rotates 360° around your subject capturing them from every angle possible.

The TapFly mode allows you to control and fly the Phantom 4 Pro+ by simply tapping your finger on your smart device screen. TapFly lets you focus on controlling the camera while the drone navigates through a set flight path. The Phantom 4 Pro+ now features reverse Tapfly which allows you to program the drone to capture a stunning aerial selfie as it reverses away from you to reveal the landscape around you.

With a new return to home mode the Phantom 4 PRO+ is able to automatically select the optimal route to return to its point of take-off depending on the environmental conditions. The aircraft records its route as it navigates and if signal is lost it will return to its home location along the same path. If upon landing the aircraft detects water or an obstacle blocking the landing point it will simply hover at an appropriate height and alert the pilot.

An all-new function from DJI the Draw mode offers an easy way to control waypoints for your drone. All you have to do it draw a path on your touchscreen device and the DJI Phantom 4 Pro+ locks the altitude while following the set route. This frees the pilot up to focus on controlling the camera for more epic aerial shots.

Designed to make it easy for anyone to take a selfie with the drone, the Gesture mode lets you use simple gestures to give instructions to the Phantom. Simply lift your arms and the drone will ensure that you are located in the centre of the frame and then by holding your arms out towards the camera the drone will start a 3-second countdown giving you just enough time to get ready for it snaps a shot.

With a new and improved 5870 mAh LiPo 4S battery the DJI Phantom 4 Pro+ Quadcopter is able to boast a 30-minute flight time which give you even more opportunity to grab that perfect shot. The smart battery features a set of 4 LEDs to indicate the amount of charge left, in addition to a battery level indicator on the controller screen, giving you an accurate up to date flight time.

Dual compass modules and dual Inertial Measurement Units (IMUs) allow the Phantom 4 Pro+ to constantly compare and check the accuracy of data it is receiving from all of its sensors. Any inconsistent data is discarded and ignored without ever affecting the flight leading to a steadier and more reliable performance from the drone.

Designed for iOS and Android devices, the DJI GO app provides a live view from the drone's camera and a wealth of flight information. It allows you to control the camera, gimbal and aircraft functions, and download, edit or share the footage, along with a loads of other features.

The DJI Phantom Four Pro+ is a substantial upgrade to the previous models, it provides an enhanced image capturing ability for both stills and video with RAW photos and fast frame rate 4K video. With the aircrafts updated flight modes and enhanced obstacle avoidance systems getting started with aerial imaging has never been easier.